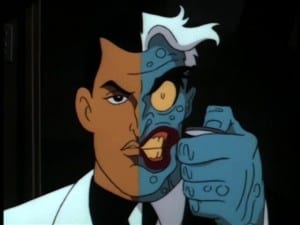 As time goes by and the internet gets flooded by anti-SOPA sentiment it becomes more and more transparent who are full of shit. How so right? Unlike most people who simply use the internet to search for information or to simply go online and Facebook your life away, I use it everyday as part of my life. As a web developer and network engineer I have no choice but to experience the web on a different level which few actually do. Aside from general scripting and infrastructure deployment we experience the web on a personal level.
To me it is incredibly insulting when you have companies who pretend to have some moral fiber to gain credibility from its user base. Google, Facebook and Twitter are perfect examples, protesting SOPA while they already are using SOPA like technology on its users. How so? Google, Yahoo, Twitter, and Facebook all Censor information. I have personally experienced censorship on all these platforms, legitimate information and links that don’t aggregate across other platforms because they are flagged as negative content, In other words CENSORSHIP!
Google the biggest hypocrite in the game has the audacity to protest SOPA when they helped the Chinese censor their internet infrastructure, total bullshit if you ask me.
Facebook already sells your information to government agencies and is only a matter of time before this becomes public knowledge, how would any company who did not have any real business model make so much money during its infant stages? Better yet why did some of the most corrupt institutions (Goldman Sachs) find Facebook to be of any value, why invest so much money into something that was not producing any? Aside from the hidden features for example; Face recognition cataloging and profiling Facebook provided the perfect source for intel on any user in its grasp. People post some of their most intimate information about their lives on Facebook, providing a rich source of information for anyone with malicious or sinister intent.
I guess in today’s world where perception is sold over reality it has becomes generally accepted, allow any company to make any claim without any real merit or true intent behind its rhetoric, like an actor playing a role. People need to stop believing all the bullshit they see and hear online and begin to really investigate any claims made by these or any companies who employ PR managers with psychology degrees, who know how to manipulate opinion and sway away from truth with very little visibility.