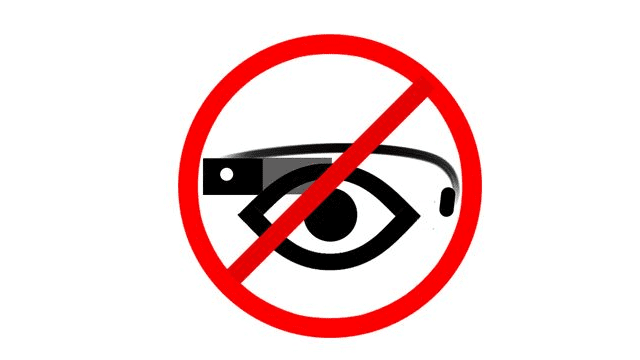 Like usual all the Google Fanboys, marketing buffs are in full effect as Google and their millions of dollars begin to influence the masses with what they call revolutionary… Google Glass.
As usual all the sheeple are blinded by the fad and how their social status will be after wearing these glasses. What people are failing to see are the numerous privacy issues that these type of devices bring to the table, if you think hacked cellphones are a problem lets dive into some of the possibilities with Google Glass…

Camera Hi-Jacking
This Could be used on a compromised device to take snapshots of meetings, projects, monitors/screens and so on. Now days cameras on smart devices tend to embed GPS information into pictures, which can result as another tracking vector.

Microphone Hacking/Hijacking
This Could be used to snoop in on private meetings, talks, calls and things along these lines.

Video Interception
One of my favorites,  If pulled off correctly this could allow a potential attacker/agency the ability to record/view multiple locations at a single time. This could also be used in conjunction with facial recognition, it would allow multiple glasses to work as spy cams, which are a lot closer to people (when worn) ultimately creating a more effective facial recognition system/surveillance grid. This could also be used to spy on peoples workplace, their meetings, life or anything that could be exploited/copied/stolen by eavesdropping.

GPS Tacking We all know how that works, but what most people don’t know is that this has actually been secretly done for YEARS using cell phones as part of another NSA program. This would just be another vector used.

It’s true Bitcoin is and has been steadily growing in use increasing its user base more than 1400% in one year. This because “it is immune to government or bank manipulation” -Max Keiser.
If true this has become the semi-perfect solution to traditional monetary policy as crypto-currency is not governed by any central authority.
This is a very interesting concept and hopefully we will know more in the coming months. As Bitcoin currency cannot be manipulated it may soon become a widely used global currency possibly overtaking traditional currency notes and even the current global reserve currency, The US Dollar.

If you haven’t heard yet It looks like #anonymous is once again taking justice into its own hands. They have taken multiple ant-piracy organizations down in retaliation to the actions of the FBI raid on MegaUpload earlier today. These sites include RIAA, MPAA, Department Of Justice just to name a few. According to the online chatter #ExpectUs this is the strongest coordinated attack recorded.

Aside from the obvious, I can’t help but question the timing of all this. It was only 24 hours ago that the largest recorded petition was done online to prevent malicious legislature from passing; SOPA aka Stop Internet Piracy Act (don’t pretend you knew that :P). Now we are seeing the largest retaliation by Anonymous, what if this is all the beginning of another digital version of 9/11? What if this event is the precursor to a larger plot, one that will portray a victimized system only to fool the it’s citizens into passing another SOPA *CAUGH* PATRIOT ACT… I cant help and wonder if Americans will finally man up to their responsibility and take back their country, because no one else will.

Here is updated list of all the sites that where/are PWNd!